Look who's back: THIS KID.
This week y'all get to experience a little bit more of my amateur sewing skills. I keep thinking to myself lately "Man Becca, you really should have taken a sewing class in high school or something. Fo real." But since I decided to take 8 billion art classes instead, now I just kind of wing every sewing project haha.

Take a gander at what I've been up to though: 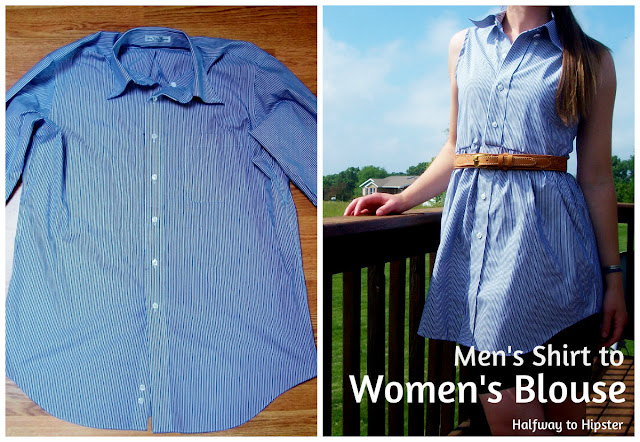 Whaaaaaaat.
I saw something kind of like this on Pinterest, but didn't quite think that it would look good on me. So I decided to just make one that suited my own tastes.
So here we go, yo: 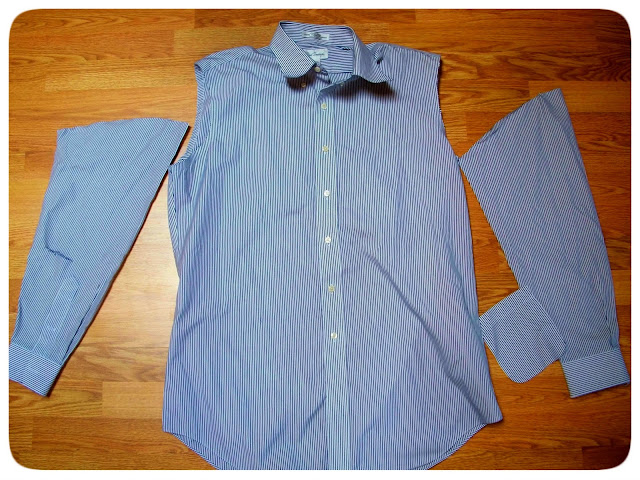 Step One: First things first- you're going to need to get yourself a shirt [Shocker, I know]. I don't exactly know what size shirt I used, but it said "16-20" on the inside... whatever that means in real life [men's sizes whaaaat]. Then I went ahead and chopped the sleeves off since I would have needed to be jacked as hell for my arms to fill those bad boys out... 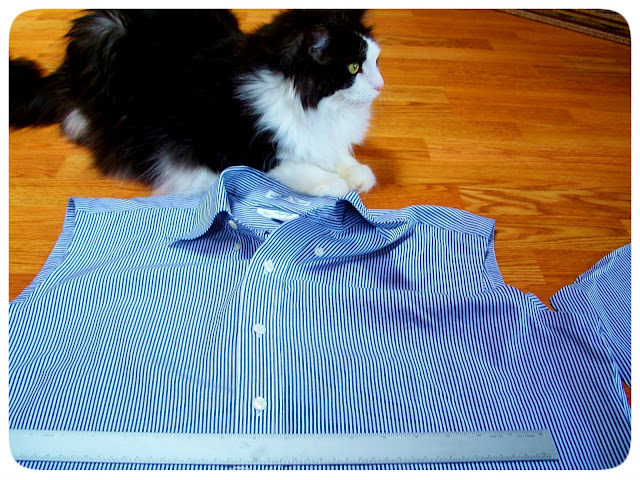 Step Two: Next I tried the shirt on and made a mark where I wanted the waistline of my blouse to be. Then made a straight chop across [using a ruler to keep my marking and chopping straight] [also, using a cat to... I don't know, be a cat]. 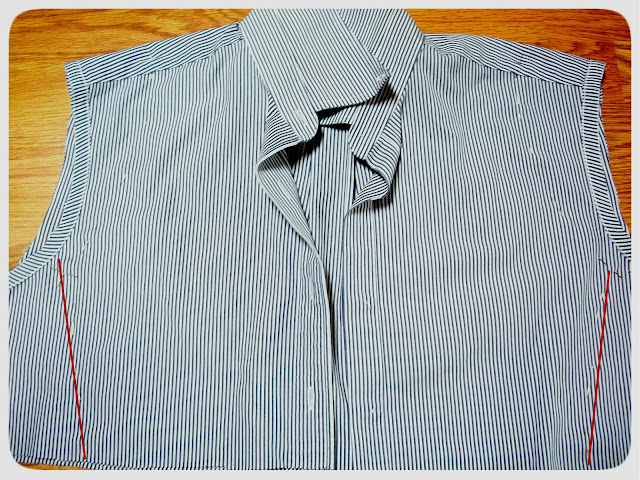 Step Three: Trying the shirt on inside out, I pinned in the sides to get a more fitted... fit. Let me tell you... trying to pin things on yourself is just all kinds of awkward. I think there's some sort of disconnect between my brain and my arms being able to bend that way haha. But CONVENTIENT RED LINES TO SHOW WHAT'S UP YO. Then I sewed the pin lines up to the the arm pits and cut off the excess. 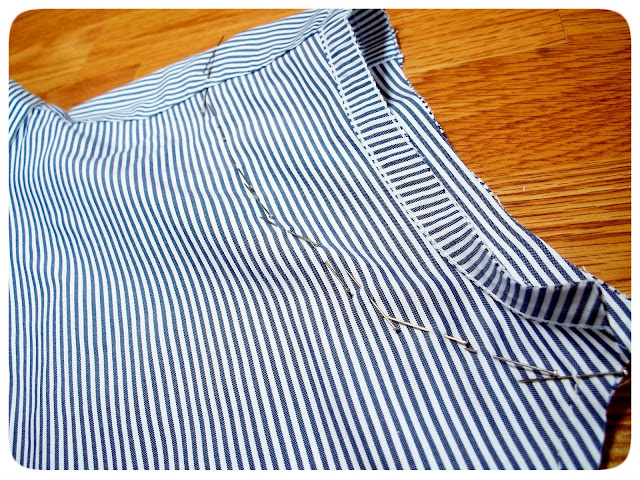 Step Four: Next I took in my shoulders, kind of like a normal tank top [rather than huge man shoulder style]. 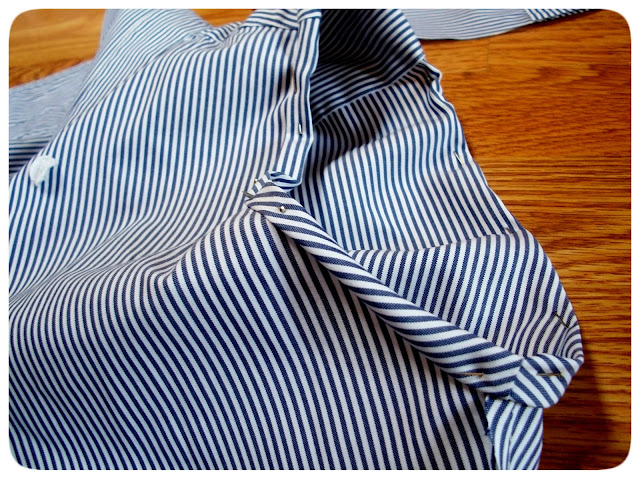 Step Five: Hem those bad boys off like a boss. 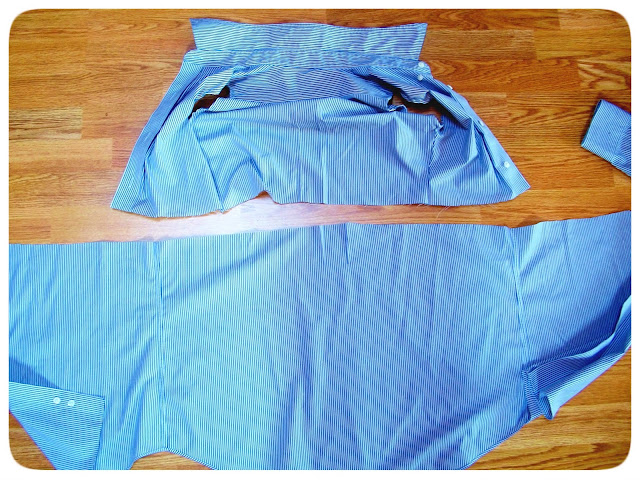 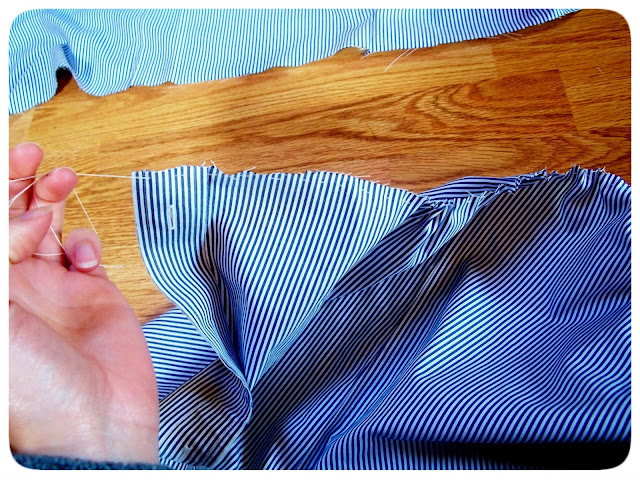 Step Seven: I gathered the bottom of the shirt by running a long straight stitch all the way across its width, then pulling on one end of the stitch so that the fabric began to bunch. I don't have a sewing machine [because, well... I'm a poor college student], but if you do have a machine, here is a great and more thorough tutorial. 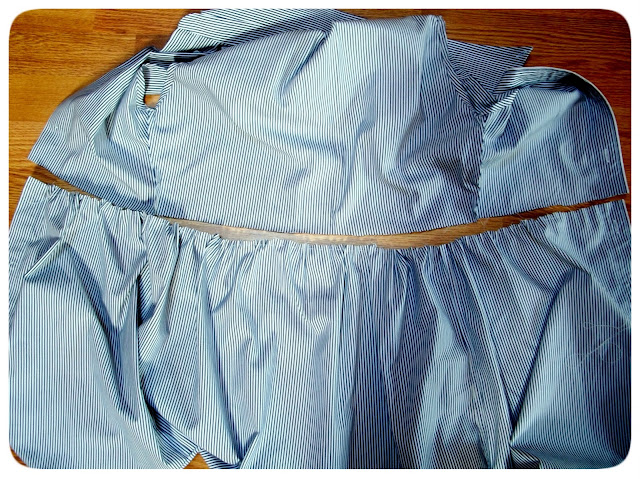 Step Eight: Gather the fabric so that it is the same length as the top of the blouse. 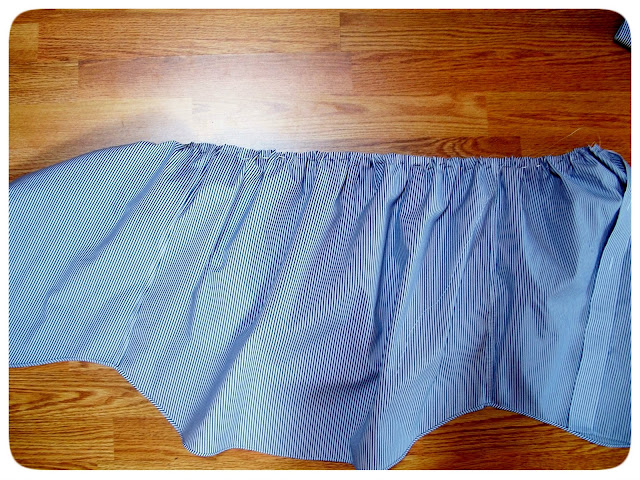 Step Nine: Pin the the top section to the bottom section, right rides together, and then sew the pieces together. And essentially, there you have it! 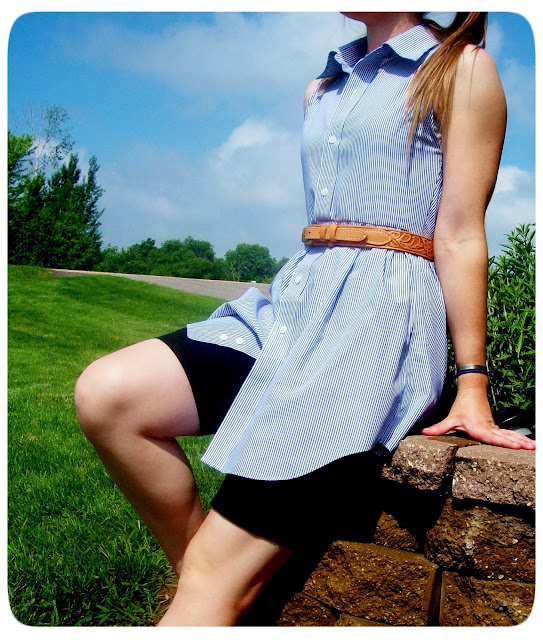 Just slap on a belt and you're good to go! Or not... Looks fine either way in my opinion, but who doesn't love a good cinched waist? 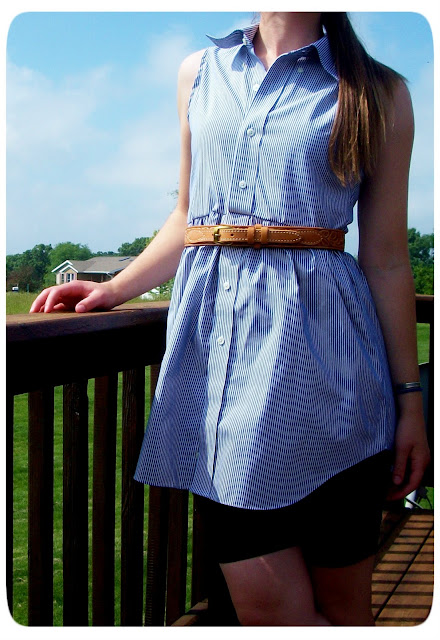 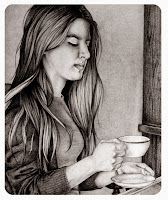